Get fresh music recommendations delivered to your inbox every Friday.

Birds Carried Your Song Through the Night REMIXES

by Just Another Snake Cult 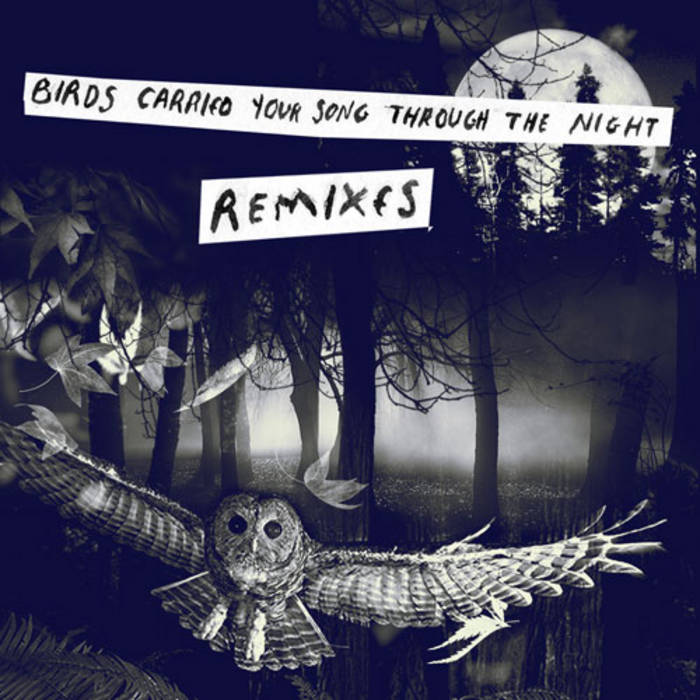 I'm excited to present the REMIX album for the Birds Carried Your Song Through The Night EP.

"Birds Carried Your Song Through the Night" was a detour for me. It's an EP cassette of sparse, atmospheric, synthesizer-based dream-pop renditions of a handful of Just Another Snake Cult songs. It's intended to be music you close your eyes to, turn off the lights, lie down and take in. It was released in a limited edition of 100 by Seattle-based label, Offtempo. I went on a solo tour of California for which I performed this EP in its entirety. The EP is not available digitally, but there's a preview track here if you want to get a sense for it: soundcloud.com/justanothersnakecult/birds-carried-your-song
You can purchase that EP here:
imprint.offtempo.com/shop/off008

These remixes on the other hand are free to download! I'm flattered that these artists took the time to make my music their own. Some of them I've met through the years of playing music, and some I'm just meeting now.

VICE WOLF - I met Mike while on tour last year through Moscow, ID. We played a show with his old project Butter Balls, and I was really impressed. We've kept in touch since, sharing our music with each other. I don't generally listen to all that much electronic music, but I really like his style a whole lot. He instigated the remix album by immediately asking for stems to all the songs as soon as
he heard the EP. Mike just finished recording a cassette tape under the name Psychic Rites. And a Vice Wolf album is in the works.
Further listening: soundcloud.com/psychicrites/sets/psychicrites

GOODBYE THE BAND - In Santa Cruz, CA there was a house called The Shop that would once a month host an open gallery where anybody could come hang their art or perform. I remember lots of Max/MSP patches, sheets of glass being smashed with kick drum pedals, feedback loops, shouting. I thought everybody who lived there was a genius. (I still do.) A beautiful friend ditched me after one of these Shop Shows, so a little dejected and not wanting to head back home I spent the evening hanging out at the Shop. There was one guy there I didn't know, so I introduced myself. But he insisted I was mistaken, that he already knew me. He cited an encounter, which despite my having a vague memory of having heard about, didn't involve me, and I was pretty sure about it. He claimed to have it documented on video. So I challenged him to show it. After half an hour of digging through boxes and bags of Mini-DV tapes he finally came across the one. It was indeed me on the tape. I was riding a bus, wearing nothing but a swimsuit. After a few minutes my eye catches the camera and I do a double take, laugh, whisper to my friend Vicky's ear that we're being filmed, and never think of it again. So that's how I met Goodbye The Band's John Acquardo. I've been a fan of his music ever since I first heard it. His hair-brained MIDI-pop style prefigured the likes of Dan Deacon, while also mixing elements of Sonic Youth. John now resides and records compulsively in New Jersey.
Further listening: goodbyetheband.bandcamp.com/album/the-megafeelings

NOLO - This Reykjavik-based duo put out an album last, Nology, that was quite a hit. They are pleasantly strange, sort of like if Gary Numan stripped down, played toy keyboards and lots of melody lines of a guitar drenched in chorus effect.
Further listening: www.gogoyoko.com/album/Nology

LOVEFEST - David's old band and my old band used to play shows together in San Diego soooo many years ago. A few years ago I came across his 4-track recordings on MySpace and was really digging the lo-fi / beach boys / animal collective feeling. Plus, his songs are really good. So we've been following each others' music since. I'm looking forward to him putting something out.
Further listening: www.myspace.com/bagpussnelson

Also included are two bonus tracks -- these are cover songs I'd prepared as possibilities for the EP/set, but didn't end up making it onto the tape. I ended up recording them later specifically for this remix album. Cease To Exist is Charles Manson's most famous song (thanks to the Beach Boys). The venue I played at in San Francisco had a Charles Manson rug on the wall, so I tried to play the songs there, but got frazzled, forgot all the words, and gave up. Rent is a Pet Shop Boys song, which I opened the set up with at the first show.

We are a duo based out of Reykjavík, Iceland. We play and record lo-fi, experimental, psych pop type stuff.

Bandcamp Daily  your guide to the world of Bandcamp